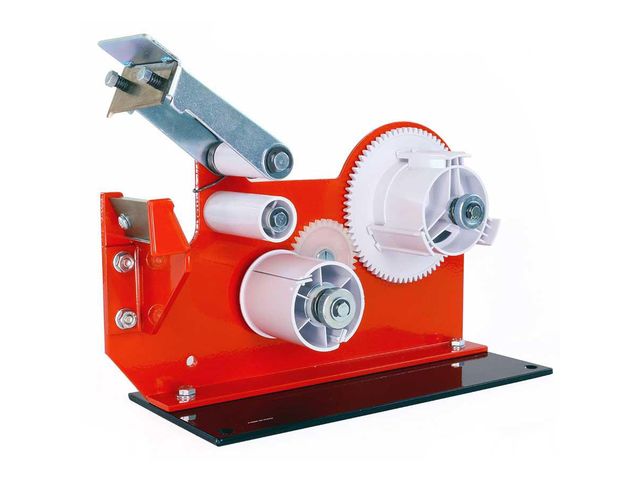 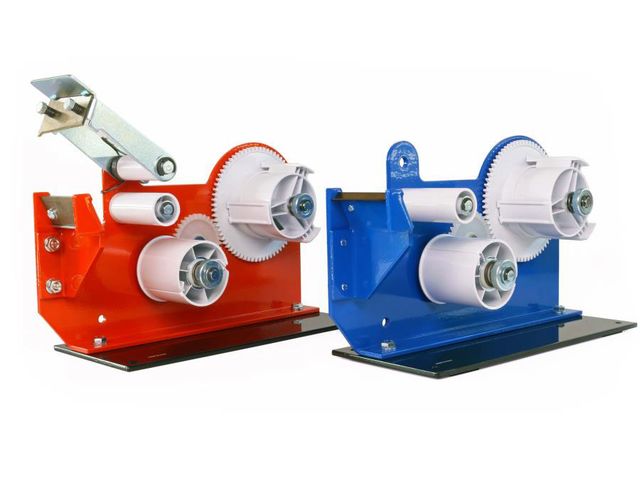 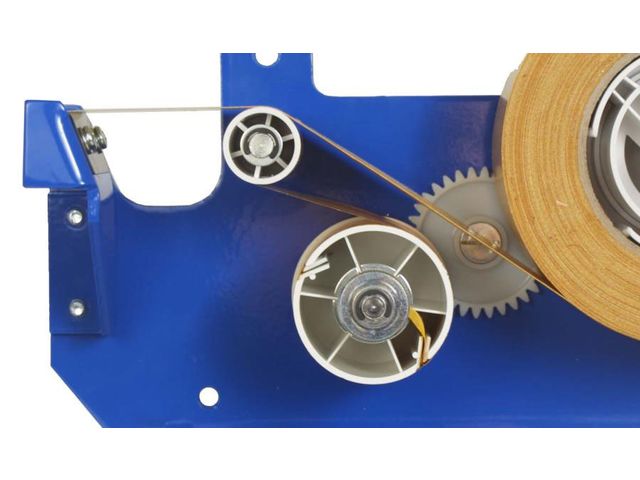 This manual dispenser has been specially designed for the handling of liners, more specifically for double-sided and single-sided adhesives with protective liners. The device is also equipped with a guillotine cutting system allowing the cutting of thick adhesives such as foams, VHB, Velcro, Scratch tapes, thick double-sided tapes, felt, but also aluminium tapes, lead tape and any other type of standard tapes.

The use of this tape dispenser represents a considerable time saving in intensive industrial production.

What kind of uses is this manual adhesive tape dispenser intended for ?

This manual dispenser is ideal for any industrial activity requiring the regular use of double-sided or single-sided adhesive tapes with protective liners. This is particularily handy in the application of adhesive tapes before sewing in the [leather goods] industry (SEO Maroquinier). This can also be very useful for shaping, watchmaking and other activities where double-sided tape is necessary.

What are the advantages of this adhesive tape dispenser with a liner separator ?

The DSB50 SB is a manual dispenser mainly designed for the handling of double-sided adhesive films. The first advantage of this system is the time it saves when used on production lines and in workshops. The separation of the adhesive tape from the liner can be tedious and takes users a considerable amount of time. In addition, this operation is often very inconvenient because the adhesive strip must always be removed from the liner. This dispenser offers a simple solution to that by completing this task in a simple, fluid and above all very efficient manner. All the user has to do is pull on the adhesive tape and cut while the device will separate the adhesive strip from the liner.

The second feature of this double-sided tape dispensing device is its cutting system. The DSB50 SB is equipped with a guillotine style cutting system that allows the cutting of thicker than standard adhesive or non-adhesive tapes. To operate it, the user simply needs to exert pressure on the guillotine system which will cut the adhesive from above. The blade is slightly oblique, ensuring a very clean cut. This tape dispenser is therefore highly effective when cutting cutting Velcro, VHB, foam, felt and any other type of tape that is than 1 millimeter.

In terms of appearance and composition, the DSB50SB is manufactured from thick and robust painted sheet metal. It is also supported by a heavy base plate allowing the device to be used without having to mount it to a surface prior to use. Nevertheless, perforations are provided in order for the dispenser to be screwed onto a table or workbench for optimal stability.

The DSB50 can also be equipped with a toothed blade cutting system instead of a clean cut blade for the operator seeking to do more traditional cutting. This DSB50 with the serrated blade is found under the reference DSB50TB. This dispenser, unlike the DSB50SB, is also available for use with rolls that are 100 millimeters wide though this option is only available with a toothed blade cutting system.

This dispenser can also be mounted on a duralumin support allowing it to be coupled to the RT7000.

Finally, this adhesive tape dispenser is equipped with an adjustable brake that allows the user to adjust the unwinding resistance as needed. Depending on the type and size of the roll, the adhesive can be unwound more or less quickly thus disrupting the cutting to length of the adhesive. The presence of an adjustable brake is used to slow down and balance the variations in unwinding speed.

Note that if the outside diameter of the roll is larger than the capacity of the DSB50 SB/TB, the AFB50TB can be used.
Sturdy cutting dispenser Scisor blade Dispenses adhesive tape Adjustable brakes Suitable for industrial production With liner separator system
Download the complete technical features
Industrial

Check out all the products from category adhesive tape dispensers

Strip-steel dispensers
Find your suppliers Complete your request and let our teams find you the best deals available. Find your future clients List your products and services to enhance your web presence and receive qualified enquiries.